From Trondheim to Santiago de Compostela 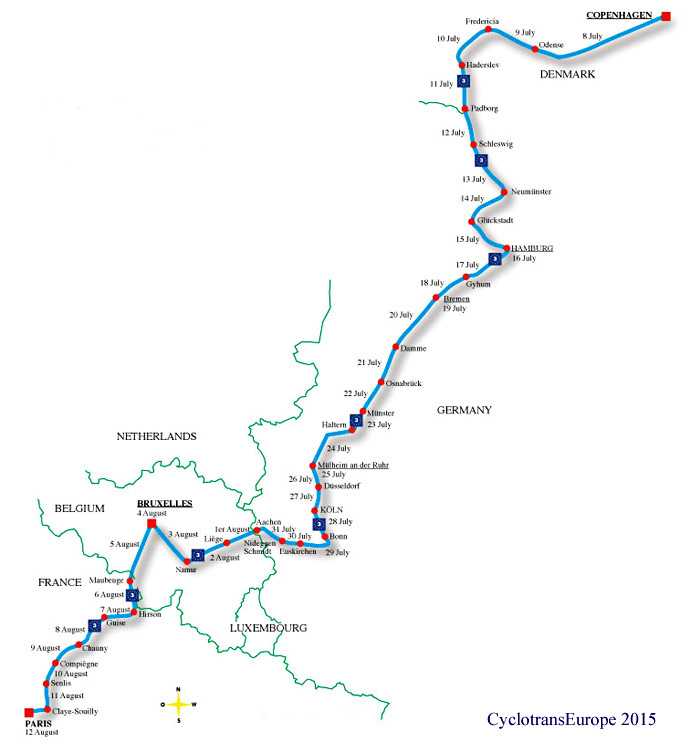 This European ride will be part of a general movement for the success of The United Nations Climate Change Conference, COP21 , which will take place in Paris as of the 30 of November 2015. CyclotransEurope has taken a number of initiatives to inform and sensitize people on alternative projects.

– A bicycle ride “Cycling for Climate” Copenhagen-Brussels-Paris on Eurovelo3, involving groups of children and teen-agers
– Inauguration of the Climate Change Conference with a bike meeting in Le Bourget on November 30
– Creation of a cycle route between Paris and the seat of the COP21 Conference in Le Bourget, to last until the end of the conference, with COP21 marks all along the route.
– Stand in the village of civil society in the COP21, with a conference on the place of bikes in the fight against climate change.
– Meetings, press conferences,activities of different kinds…

This long bike ride will be a touristic, cultural, ecological and family adventure.
The route to be followed will be mostly the “Eurovélo3”, including small roads, forest lanes, towpaths , green ways… with the constant pleasure of cycling away from the road traffic.

Our Trans-European rides are friendly, open to all, children, adults of all ages. They follow green paths, quiet roads, away from the traffic.
A la carte participation : you join us for the number of days you wish, and choose the kind of accomodation you like : hotels, inns, holiday cottages, or campsite. These rides offer new way of travelling, respectful of the environment.

26/04/2015 :
To register to the ride, please return the registration form filled.Inside, you will find lot of usefull information about the ride.

By clicking on the stages on the image above or on the links below you can get more detailed information (distance, transport, lodging, tourism, …).

For some long distance stages, it will be possible to take the train.

Departure from Bremen (Camping of Bremen and then from the youth hostel) at 10:00 am 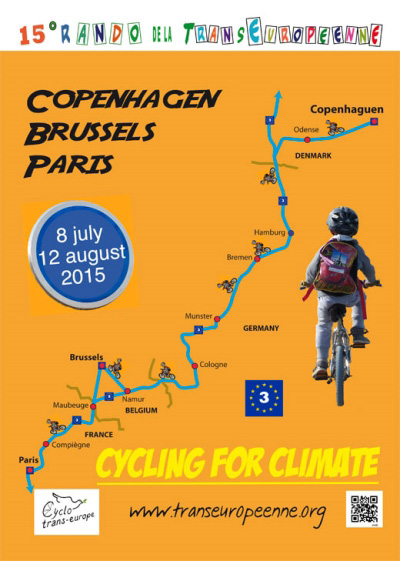 – the 4 pages flyer with itinerary and stages

– the itinerary with dates and stages (A4 format) 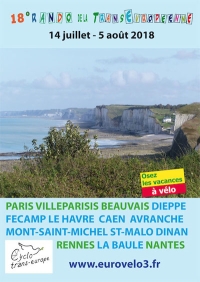 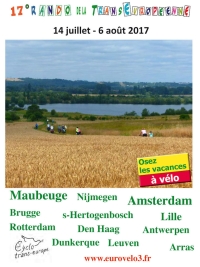 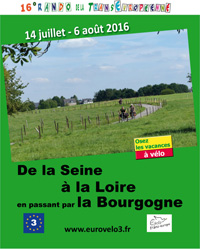 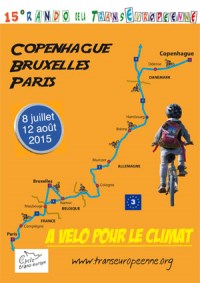 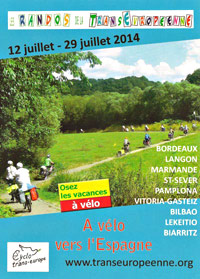 Discover all the posters of CycloTransEurope rides